From Oct. 16-19, 2017, the North American Plant Protection Organization (NAPPO) held its 41st Annual Meeting in the city of Merida (the White City), in the state of Yucatan in Mexico.  The theme of the 2017 meeting was Agricultural Trade: The “America’s” Experience.  This theme was particularly meaningful to the location as the Yucatan peninsula has the richest history of agricultural trade in the Western hemisphere.  Here, ancient Maya and Aztec civilizations flourished with inter-cultural trade in many different agricultural commodities and left an enduring legacy for others to follow.

One hundred and thirty-one participants from eight countries attended the Merida meeting, including representatives from government and industry from Mexico, the United States and Canada, as well as academics and invited phytosanitary experts from countries in Central and South America. Unlike in past years, and in response to stakeholder suggestions made in 2016, the NAPPO meeting began with a half-day training session on the international agreements that provide the foundation and guiding principles for the protection of plants and for the safe trade in plants, plant products, and other regulated articles.  The three knowledge topics also built on the theme of the meeting.  The Symposium entitled “Surveillance programs in NAPPO member countries – supporting safe trade in plants and plant products” discussed the revision of the international standard on surveillance (ISPM 6) and highlighted how NAPPO member countries prioritize and conduct surveillance activities. In addition, presentations on surveillance programs in other areas in the America’s were made earlier in the week by colleagues from sister RPPOs in the region including the International Regional Organization for Plant and Animal Health (OIRSA), the Andean Community (CAN) and the Plant Health Committee of the Southern Cone (COSAVE).

Dr. Francisco Javier Trujillo Arriaga, Chair of the NAPPO Executive Committee for 2017, provided the opening remarks on Tuesday morning. Meeting presentations during the plenary included project updates from the NAPPO Expert Groups and an update on the IPPC International Year of Plant Health.

The meeting allowed Government and Industry representatives to engage in discussions on emerging phytosanitary issues for North America. NAPPO was also pleased to sign the new five-year Letter of Agreement between NAPPO and the International Regional Organization for Plant and Animal Health (OIRSA). 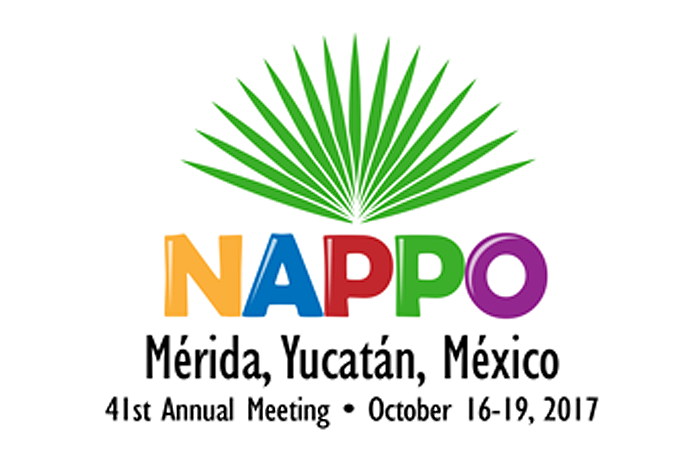